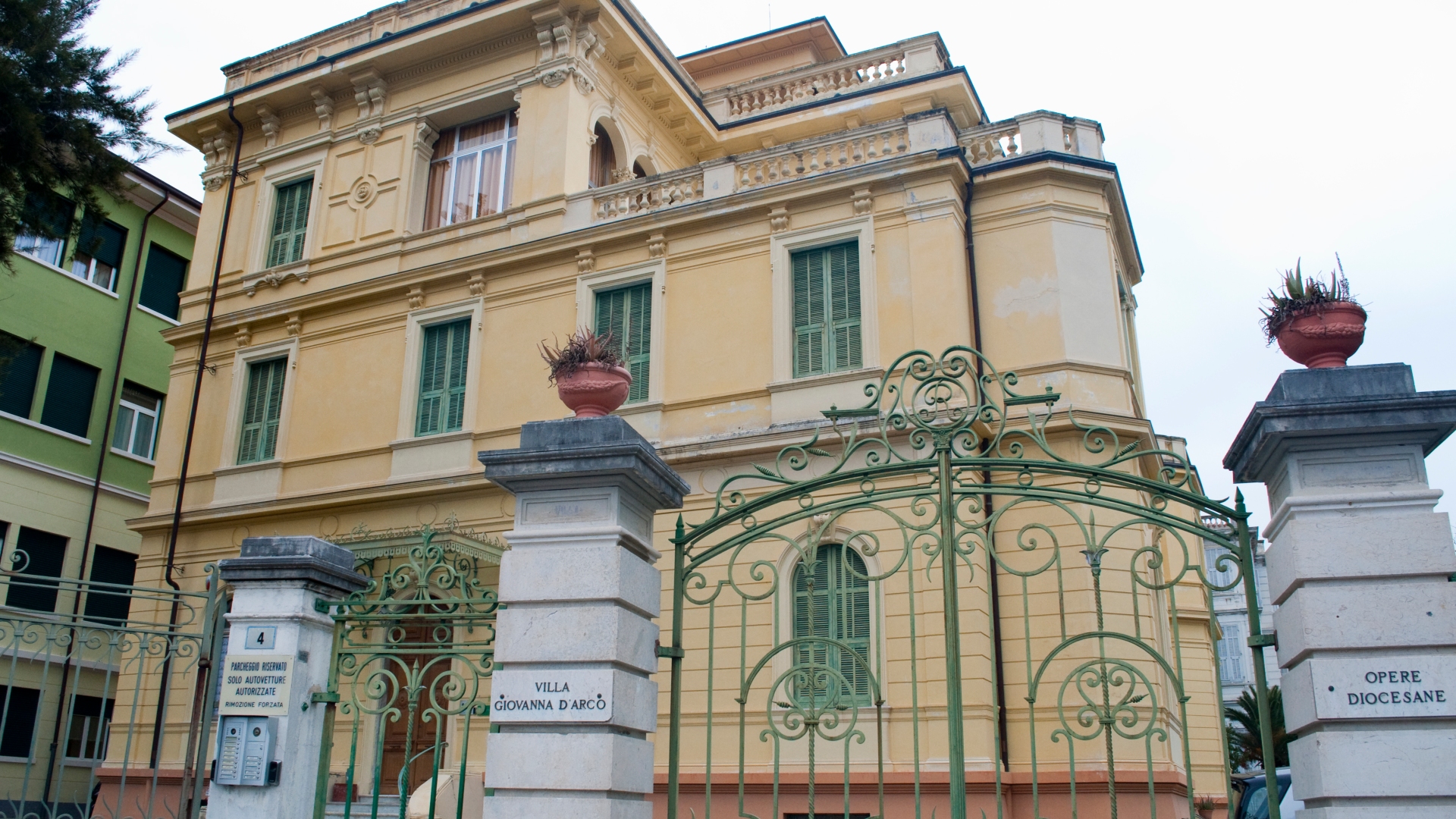 Villa Jeanne d’Arc
Originally propriety of Sir Zirio, villa Jeanne of Arc was rented between 1876 and 1877 by theDuke of Aosta Amedeo of Savoy. The Duke, who spent the winter season with his wife at VillaDufour (Villa Magnolie), turned it into a house for his friend and collaborator Marquis Dragonetti. Sold to the German Princess Beatrice of Rothemburg, the villa took its final form in 1902 under theproject of engineer Pietro Agosti, who expanded the building according to Renaissance models.

In 1914 the villa was confiscated by the Italian Government, because it was a German property and so in 1918 it wassold  to the French Nuns of the College Jeanne d’Arc, who used it as a school.We can see a famous picture of Napoleon by Andrea Appiani, then moved to thePicture Gallery of Brera in Milan in 1927.

In the hall, alongside the great staircase and in the salons the decorations are perfectly preserved,including frescoes in Art Nouveau style.You can’t visit the rooms inside, though, now used for meetings and as a dwelling place of theBishop of Ventimiglia-Sanremo’s Diocese, the owner of the villa.